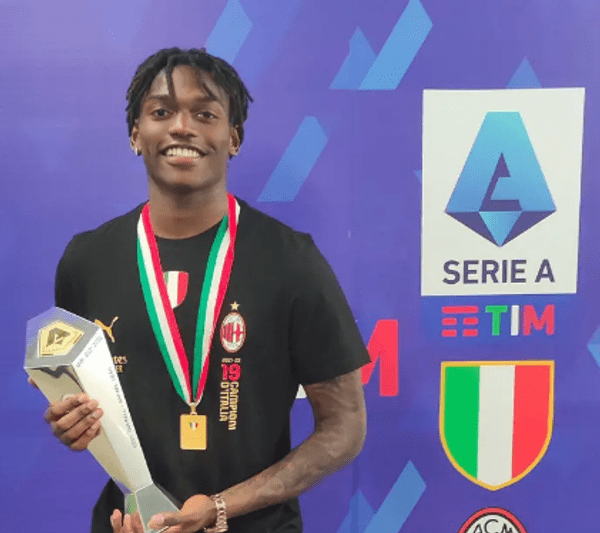 Chelsea is reportedly open to selling Hakim Ziyech this summer as they look to rebuild their squad for the 2022-23 season. Fabrizio Romano revealed on Tuesday afternoon that Chelsea is willing to sell Hakim Ziyech if the right offer arrives this summer.

Ziyech and Pulisic In: Chelsea strongest lineup that will beats Manchester United in today’s match

And with the tricky winger likely to leave the club this summer, Chelsea will be in the market for his replacement once they can sign new players. And we have suggested the talented winger they should consider signing as his replacement. After having an impressive season with AC Milan, helping them to win their first Serie A title in 11 years in the just-concluded season, scoring 11 goals with 10 assists in 34 league games for the Italian side, we have picked Rafael Leao potential good fit for Thomas Tuchel’s Chelsea side next season. The Portuguese tricky winger is very good with the ball on his feet, and can also bully defenders with his body. He likes to move forward with the ball to create chances for his teammates, and Chelsea strikers would benefit from his good crosses from the wings as he can freely play as a left-winger and as a number 10. Rafael Leao has been very impressive for AC Milan since breaking into the senior team after joining them in 2019, but the 2021-22 season was his best season at the club as he was awarded the Serie A Player of the Year after helping his side to win the Italian league title. He has however been linked with Real Madrid in recent days after Mbappe decided to remain at PSG, and whether Chelsea will consider signing him remains to be seen, but he is valued at just £50m by Transftermarkt, and getting such talent for that amount in today’s market would be a good business for the Blues if they were to sign him as Ziyech’s replacement.