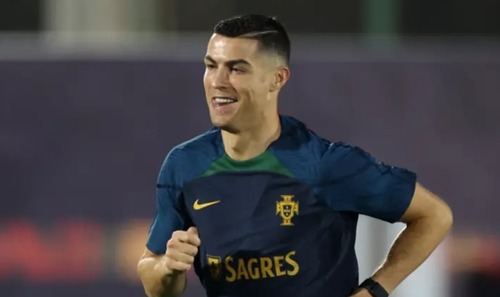 The 2022 FIFA World Cup in Qatar started today, with the host country losing to Ecuador in the first game of the tournament. One of the favourite teams to win the tournament is the 2016 Euros champion Portugal.

The Seleccao are drawn in Group H alongside Ghana, South Korea and Uruguay. For them to make it to the next round, they need to clinch one of the top two spots. The star man of the team is Manchester United forward Cristiano Ronaldo, who’s also the captain of the side. The former Juventus star would be participating in his fifth World Cup, and he’s the player the country is depending on in the tournament. Ronaldo is arguably Portugal’s greatest player of all-time, with numerous records to back them up. At age 37, most football fans feel he won’t be effective in the Portuguese team this time around due to his performance for Manchester United at the beginning of this season. The former Real Madrid star has struggled with the form at Old Trafford this season, scoring three goals in 16 games. Despite this awful performance from the Portuguese striker, he would still have a great tournament.

Here’s why Ronaldo would perform well at the World Cup.

Compared to Manchester United, there are a lot of players who are ready to play for Ronaldo in the national team. The talents in the Portuguese squad are much better than the ones at Manchester United. Ronaldo has always turned up for the national team, even when he’s struggling at the club level.

He plays alongside good wingers like Joao Felix, and Rafael Leao, with attacking midfielders like Bruno Fernandes, Bernardo Silva, and Rueben Neves. In Russia 2018, Ronaldo scored four goals and led them to the second round but eventually lost to Uruguay. The squad in Russia is not as good as this present one, and the former Real Madrid star could top that performance.

Chelsea thinking of a move for £55m rated-attacker

2 thoughts on “World Cup: Why Ronaldo Would Perform Well In Qatar Despite The Awful Start To The Season At Man United”