Why should Graham Potter be punished if Piero Hincapie joins Chelsea? (Opinion) 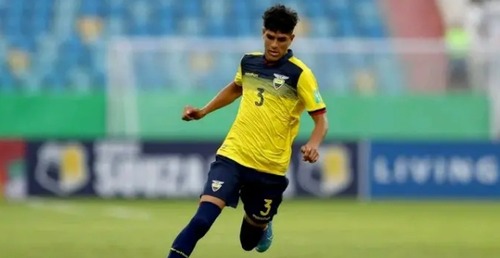 RB Leipzig’s Christopher Nkunku is reportedly close to joining the Blues, with a deal in place to pay more than his €60 million buy-out clause. Graham Potter has shifted his focus to bolstering the defense now that Nkunku is set to join the west London club in June 2023.

As Graham Potter is still getting to know his group, they’ve looked all over the place on defense.

Thiago Silva’s future at Stamford Bridge is uncertain due to his contract expiring at the end of the current season. The 38-year-old Brazil captain is unlikely to play for much longer, while Kalidou Koulibaly has had a slow start to his Chelsea career. Wesley Fofana is injured, and Trevoh Chalobah is inconsistent, so Potter needs to sign a central defender when the transfer window reopens in January.

Hincapie is the ideal candidate for Chelsea. He is the type of defensive player Chelsea could rely on for many years. The Ecuadorian international is a fantastic ballplayer.

According to the Daily Mirror, Chelsea scouts have been keeping an eye on Ecuador’s Piero Hincapie, who is doing well at the World Cup in Qatar. So far, he has started both of Ecuador’s matches against Qatar and the Netherlands, guiding his country to victories of 2-0 and 1-0, respectively.

Hincapie, 20, is one of Europe’s top defensive prospects, and big English clubs like Arsenal and Tottenham have taken notice of him in the last 18 months. Following Bayer Leverkusen’s failure to progress past the group stages of the Champions League, the source claims that Chelsea is the most recent team to enter the race to sign him.

Piero Hincapie began his professional career in Argentina with Independiente del Valle before joining Talleres. The defender moved to Bayer Leverkusen in 2021, where he has thrived in the Bundesliga.

Chelsea desperately needs defensive reinforcements after a disastrous 2022-23 season in which they have allowed 17 goals in 14 league games.

The Ecuadorian international’s passing is more than capable of snaking through the defense. His poise, game reading, and decision-making skills are exceptional for a player his age.

Hincapie has already established himself as one of Europe’s most talented young defenders at the age of 20, and he will only get better as he grows older, matures, receives more coaching, and gains experience. With the help of a good coach like Potter, he could become a top defender.

It is unsurprising that Chelsea is interested in acquiring Hincapie, but they may have a ploy up their sleeves to persuade him to choose Stamford Bridge over other offers.