Why Should Chelsea Keep Ziyech and Pulisic Until the End Of The Season? 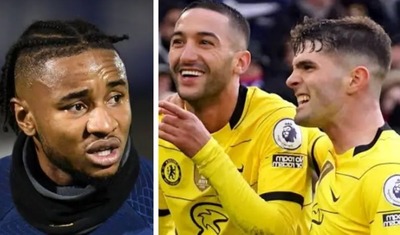 Chelsea FC has two players in Christian Pulisic and Hakim Ziyech who may likely leave next month. Meanwhile, the blues should keep both players until the end of the season for some reason.

Chelsea will be short of players if they allow them to leave in January. Meanwhile, any signing they will make won’t start performing greatly quickly because they would need time.

Mason Mount, Kai Havertz, and Raheem Sterling are the players Chelsea will be left with in attack. Meanwhile, Ziyech and Pulisic are in form following their remarkable performance at the World Cup which means they would help Chelsea achieve their target for the remainder of the season. However, since Christopher Nkunku will officially become a Chelsea player at the end of the season.

It will be ideal for Ziyech and Pulisic to be allowed to leave at that time. Nevertheless, Chelsea will try and complete other new signings as their replacement. What are your thoughts on this?