Why Kai Havertz not in Chelsea team for the FA Cup final against Liverpool? 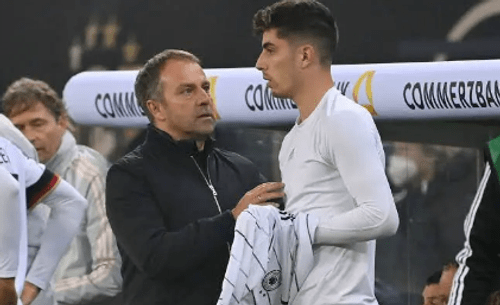 Chelsea’s starting XI for the FA Cup final versus Liverpool has been announced, but neither Kai Havertz nor Andreas Christensen are included in the matchday squad.

Kai Havertz will not play in Chelsea’s FA Cup final after suffering a hamstring injury ahead of the match against Liverpool.

Tuchel’s front three in Romelu Lukaku and Christian Pulisic, who all scored against Leeds at Elland Road. The German international travelled from Cobham with his teammates on Friday but was not named among the Blues’ substitutes. One of the main discussion points leading up to the encounter against Jurgen Klopp’s side was whether Havertz or Lukaku would start, and it came as a surprise not to see the 22-year-old among the replacements. However, the former Bayer Leverkusen star is still in attendance at Wembley. They waited as long as they could in the hopes of Havertz demonstrating his fitness, according to Thomas Tuchel. According to the German coach, “We tried until the very last second. He’s got hamstring issues. It wasn’t a true injury. He believes that if he goes, he will be hurt. If he says this in front of a final, he should not be allowed to compete. He does a lot of sprints and high-intensity runs. We cannot take this chance.”

Thiago Silva returned to the starting XI in place of Andreas Christensen, who is also missing from the squad entirely, and Mateo Kovacic made a spectacular comeback after leaving the pitch hurt against the Whites. The Croatian took a severe knock to his left ankle, but it did not worsen the injury he had sustained earlier in the season.