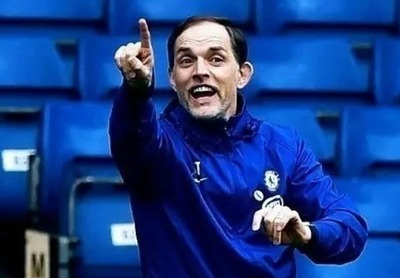 The European Football Governing Body [UEFA] announced the order and dates for games in the groups and Chelsea will begin their European adventure of the season away from home in their first-ever meeting against Dinamo Zagreb.

The clash will take place on Tuesday 6th September,2022 in the early evening kick -off by 5.45pm.

Thomas Tuchel’s side then host back to back matches at Stamford Bridge the Austrian Champions RB Salzburg and Italian Serie A Champions AC Milan.

In matchday 4 Chelsea will play away from home against Serie A giants AC Milan at San Siro. The Blues will face Italian Champions for the first time since 1999.

Chelsea’s excellent records in the UEFA Champions League in 2020/21 and 2021/22 season has proven that they are title contenders this season.

The German tactician have an excellent record in the competition, having led Parisian club – Paris Saint-Germain to their first ever UEFA Champions League final in 2020.

Chelsea’s record in the UEFA Champions League opening games shows that Frank Lampard was the first Chelsea manager to lose his first Champions League match in charge. Ten of those manager won in thier first game, with Gianliuca Villa drawing in 1999. Chelsea manager Thomas Tuchel set a record for most Champions League wins after 50 games as a coach in Chelsea’s 2 – 1 win over French Ligue 1 Lille last season. The Blues have to come from behind to complete a 4-1 aggregate success against Lille.

In the quarter final clashes last season against Real Madrid Chelsea lost to Real Madrid at Stamford Bridge and Chelsea won the clash at Santiago Bernabeu.

Thomas Tuchel could lead Chelsea to their first Champions League group stage victory against Dinamo Zagreb away from home to continue his excellent record on most wins in the UEFA Champions League matches.

CHE vs DZA: Chelsea possible starting XI that could be used in the UCL to win against Dinamo Zagreb

Thomas Tuchel won the UEFA Champions League title with Chelsea in 2021, and he won the UEFA Super Cup and FIFA Club World Cup title the following season. Tuchel has an excellent record in European competitions.