What Frank Lampard revealed this morning, saying “My biggest regrets as Chelsea’s Boss” 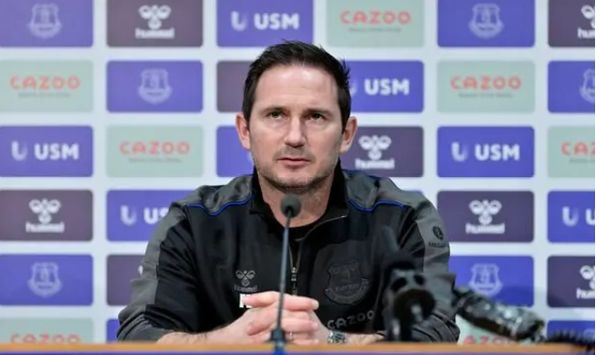 No doubt, Frank Lampard will still be remember as one of the greatest coach in Chelsea despite his suddenly sacked. During his time as Chelsea coach, Lampard did tremendously well despite some technical lapses was record then, as coach of the Blues.

Now, he is still a coach to EPL rivals club, Everton, who faced his former team last weekend matchday 2 in the new campaign premier league season 2022/23 with a narrow escape goal 1-0 by Chelsea.

Lampard was axed midway through the second season at Chelsea.  He had seen a fast start that saw Chelsea at second in the league, but the Blues would later drop to 9th by December after a series of bad result all within a month.

He lost the support of the Chelsea board, and his biggest regret was not trusting himself in that period.

“One of the biggest regrets I have is the last period at Chelsea where we were second in the league and came into a short run of defeats which saw me lose my job in the space of a month.

“From second in the table to ninth, and, I think, four defeats in the league and you’re gone.

“But in that period I was striving to solve 100 problems, and as I came away I went: ‘Don’t get in that position again, Frank.’ You’ve got to trust in yourself in those moments.

However, Lampard admits that he enjoyed his overall time in charge of Chelsea, though he didn’t enjoy the final weeks before he was sacked.

When asked if he will like to coach Chelsea again at the end, Lampard said:

“No, I wasn’t enjoy doing that this time around, happy with the club I am coaching now. Although, it happened really quickly. I really enjoyed my time working as a whole with reflection.”