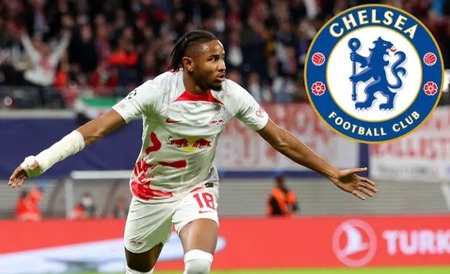 Timo Werner claimed that former Chelsea coach Thomas Tuchel influenced his decision to leave, and he warned Christopher Nkunku that playing for the Blues is difficult.

Nkunku: Werner left Chelsea in August to rejoin RB Leipzig, and he has now explained his decision-making process to Nkunku while offering advice.

“I wasn’t part of the coach’s plan any longer,” Werner explained of his decision to leave with Tuchel in charge. “You have to accept it and deal with it.”

He warned Chelsea-linked teammate Nkunku that the experience at Stamford Bridge is very different from the one at RB Leipzig, adding:

“I can tell him about both positive and negative experiences, should he make the change. Because there is more competition at a club like Chelsea, you don’t play like you do at RB Leipzig. not only on a physical level, but also on a psychological level.”

Werner has been plagued by injuries this season after a rocky spell at Chelsea, but he has still managed to score nine goals in all competitions.

According to Fabrizio Romano, a deal to join Chelsea in the summer has been “100% agreed,” and it appears that he will make his debut at Stamford Bridge soon.

Werner, on the other hand, has cautioned Nkunku that Chelsea is not the same as Leipzig.

Nkunku has evolved into one of Europe’s most productive forwards since 2021. In the last 18 months, he has scored or assisted on 76 goals for Leipzig.