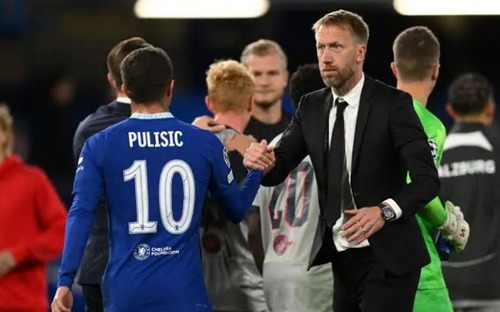 Chelsea sacked Thomas Tuchel and appointed Graham Potter as their new manager. Potter has been impressive so far winning three games out of three for the Blues.

Chelsea hosted Wolverhampton Wanderers at the Stamford Bridge and Potter showcased his tactical class as he benched many of his good players. Reece James failed to start despite having impressed in the Uefa Champions league clash against AC Milan. Kai Havertz and Christian Pulisic scored two goals for Chelsea and it was evident that the Blues were going to get the three crucial points.

Fans were impressed by the performance and praised Potter saying that they were going to win the premier league this season with him.

Back at Brighton, Potter was also impressive as he managed to beat the likes of Manchester United mercilessly. See some of the reactions from Chelsea fans down below.