We are the only club suffering- Chelsea Coach, Tuchel cries out 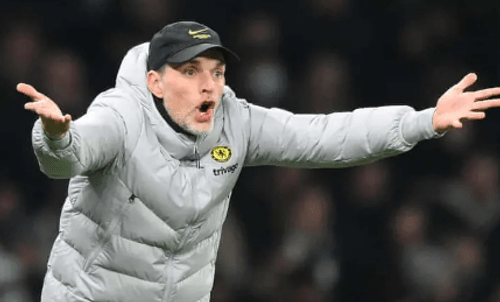 Despite the team’s off-field issues, which have lasted for over two months, Thomas Tuchel has been able to manage them.

Outcomes were initially positive, but Chelsea has had a string of poor performances and results during the last month. Tuchel has already stated that the club’s current condition has affected his players.

“We are the only team suffering like this at the moment, and perhaps the only club ever to do so,” Tuchel remarked. It’s a one-of-a-kind and difficult issue, and everyone is hoping for a resolution.

” We’ve been waiting for it, and we’re in desperate need of that good spirit and competitive environment.

“There’s no getting around the reality that it’s a distraction; the question is what level of performance can we maintain when distracted or frightened.” Until the national break, we were doing fantastic. In terms of outcomes, it had practically little influence. The news of the sanctions made us feel extremely strong.”

Chelsea’s manager also stated that the recent international break exacerbated the situation, since the club has never really recovered since.

“Then something very normal and human happened,” he said. There were other affects on the players when they were not here [during the international break], perhaps more thoughts about the situation in general, and the situation is now quite protracted.“