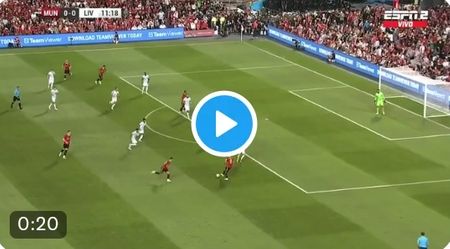 Watch Melbourne Victory vs Manchester United live streaming match in the ongoing club friendly matches as both teams will slug it out in today’s game at 11:05 a.m.

No doubt, the match will be a tougher match to watch due to Manchester United performance where they defeats one of the premier league giant, Liverpool 4-0.

Manchester United will be aiming to continue with their impressive run when they travel to Australia to face Melbourne Victory in a club-friendly matchup.

The Red Devils will be going into the warm-up game off the back of their impressive 4-0 win over Liverpool on Tuesday in Bangkok, Thailand, and they will be looking for another victory over Melbourne Victory to continue with their remarkable start to their pre-season preparation.

Melbourne Victory, on the other hand, will be going into the game after their disappointing 4-1 loss to Western United FC in their last game, and they will be looking for a victory over the Red Devils to return to the winning ways.

Melbourne Victory vs Manchester United match can be watch live on the following sports apps or TV channels live streaming, such as;