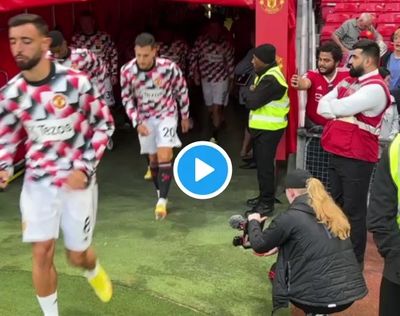 Manchester United vs Liverpool matchday 3 in the ongoing premier league matches as both teams are set to slug it out in today’s match at Old Trafford at 20:00 Hrs BST.

No doubt, the match between Manchester United vs Liverpool will be a tougher match to watch in today’s premier league matchday 3 for both clubs.

The game of the week will be going down this evening, Liverpool will make the trip to Old Trafford for a crucial game that could see Jurgen Klopp and Erik Ten Hag face off against each other for the first time in the English Premier League.

Erik Ten Hag will face off against Liverpool for his third official game as a Man United gaffer.

The Red Devils are yet to win a game in their last five matches, losing three games (against Brentford, Brighton, and Atletico Madrid).

The team currently sit on 20th position on the EPL table and would most likely play as the underdog against Liverpool.

Liverpool Football Club form put them at 33%, the Reds won just a game in their last five games, the only game was the one against Man City.