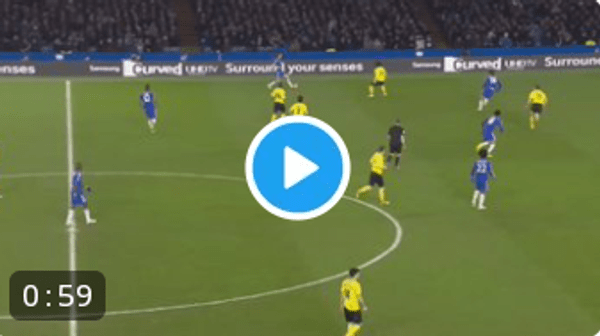 Chelsea vs Watford Prediction: Chelsea will welcome Watford at Stamford Bridge on Sunday, in the ongoing Premier League, EPL, matches fixtures others as Chelsea will slug it out at 16:00 BST to maintain or boost their points in the Premier league table.

Meanwhile, Chelsea Boss, Thomas Tuchel’s squad fully reached to showpiece match of the UEFA Super Cup, Club World Cup, League Cup and FA Cup during a season in which Roman Abramovich departed as club owner. Watford haven’t quite endured the same peaks but bow out of the division well and truly in a trough.

Here are what you need to know about both teams Chelsea and Watford.

Where is the match being played? Stamford Bridge

Players like Callum Hudson-Odoi and Ben Chilwell are scheduled to figure in the first team’s pre-season at the start of July.

The returned of Kai Havertz, Thomas Tuchel benched the star player on Thursday’s 1-1 draw with Leicester City, his compatriot Timo Werner remains absent with a hamstring problem he felt during the warm-up for the FA Cup final.

According to report, Andreas Christensen insisted he was

“not ready to play” that showpiece and was again absent in midweek. This is his final chance to say goodbye ahead of a move to Barcelona, while Antonio Rudiger should feature in his final game before a summer switch to Real Madrid. Mateo Kovacic had to push through the pain barrier of ankle ligament damage to appear for the unsuccessful final but may not return this weekend.

Watford conclude their miserable campaign with a glut of injuries and illnesses. Imran Louza’s knee surgery at the start of May ruled him out for the remainder of the campaign. Juraj Kucka, Emmanuel Dennis and Ismaila Sarr are all suffering from a problem in the same area.

Kiko Femenia and Josh King have both missed the club’s previous two fixtures with illness while both centre-backs Samir and Nicolas Nkoulou have been nursing groin injuries. Tom Cleverley (rib) and Cucho Hernandez (hamstring) are both doubts as well.

Chelsea may not come into the season’s final day in the most sparkling form. The club’s sole victory in their last six matches was against relegation-battling Leeds United – who played well over an hour of that game with ten men.Whatever lineup Tuchel fields will invariably be stronger than the eclectic assortment of personnel Watford burp up.