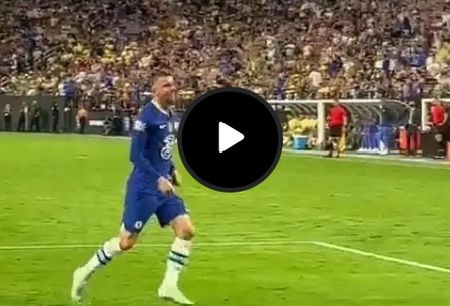 Let’s take a look at the fantastic goal scored by Mason Mount against Club America in today’s club friendly match, which end in favour of Chelsea 2-1.

Just three minutes to the end of the second half, it was when Mount’s fantastic goal seal a win for Chelsea.

Although, Club America teams did your best after Chelsea player missed a place called one go against his Club, Gallagher.

With this, I believe Chelsea Coach, Thomas Tuchel is fully prepared for the victory ahead of the remaining pre-season match as a taken Charlotte and Arsenal in the club friendly match before the end of this month.

No doubt, Tuchel men are ready where the quality of performances played in today’s match desperate Raheem Sterling not fixture in the match.