Unrecognized Machinery Chelsea Star Who Is Yet To Be Unveiled Fully 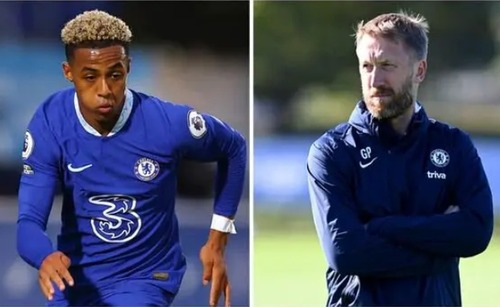 The Blues without doubts could be the most suitable and complete team that can award any kind of manager a trophy. The Blues of late have done huge changes all the way from the management to the center of the field. The blues have changed the ownership when Abramovich sold the club to a new guy who later brought a new manager in the club replacing thomas tuchel. Currently the club is managed by graham potter who so far has not lost any match.

The last match chelsea took part in was yesterday against Salzburg where chelsea won by two goals to one. However despite the changes in the first Known lineup the boys managed to have a deserved win out of their effort and experience. Chelsea had more than many players who outshined with the likes of Kai Havertz doing even more to prove many wrong. Havertz has been found available everytime chelsea needs him. Yesterday was another beautiful time for him as he took you chelsea to another level in the round of sixteen. The kind of goal he scored was enough to explain who he is going to become of very near future. According to the writer the guy could be unrecognized by many so far but his game is unmatchable.