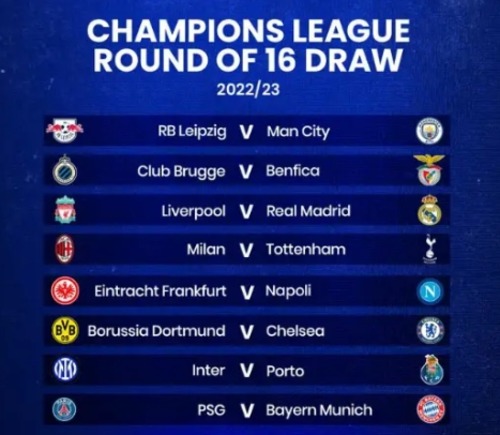 Photo courtesy, image used for evidence and illustration purpose only.

Psg will have to go through Bayern Munich which is a very strong team. Manchester united and Arsenal fans had already predicted that Chelsea will not be lucky and they will be given Psg. The UEFA champions league draw has been completed in favour of Chelsea and they are lucky to win the champions league.

Liverpool fans are very astonished after they were given the title holder Real Madrid.