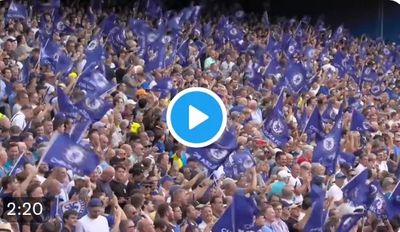 Chelsea have booked a place in the next round of the UEFA Champions League after defeating RB Salzburg 2-1 at the Red Bull Arena on Tuesday evening. Chelsea took the lead through Mateo Kovacic but were pegged back by Chukwuike Adamu. German forward Kai Havertz scored a wonder-goal to give the Blues the deserved win over the Austrian side. Here are the three best players in Chelsea’s win over RB Salzburg.

The German forward was one of the best players in the game as he was a constant threat for Salzburg defenders. He scored the winning goal and also had three shots on target. The former Real Madrid midfielder continue to impress under Graham Potter and he capped off a wonderful performance tonight with a goal. The Brazilian defender was a stronghold in Chelsea defence, he blocked three shots from the opponent and also won two tackles.