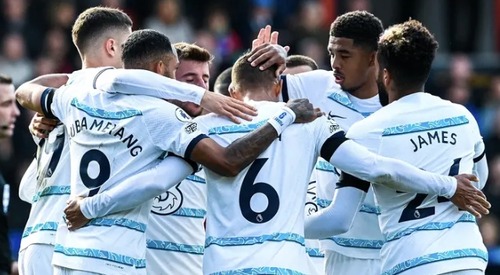 No doubt, the match between Chelsea vs AC Milan will be a tougher match to watch as both teams are ready to boost their points in the Champions League as they slug it out in today’s match.

This is everything you need to know about the TV and live stream details for the Champions League match between Chelsea and AC Milan.

When is Chelsea v AC Milan?

The Champions League Group E match between Chelsea and AC Milan kicks off at 8pm on Wednesday, October 5.

Which TV channel is Chelsea v AC Milan on?

The game between Chelsea and AC Milan will be shown on BT Sport 2 in the UK. You can see the latest BT Sport listings here.

How to watch a live stream of Chelsea v AC Milan

You can watch a live stream of the match in the UK via the BT Sport website or app.

CHE vs ACM: 3 players that were present at Chelsea training

We will be hosting live text coverage, and all the key Champions League clashes, via eurosport.co.uk and eurosport.com