UCL: “I can’t believe this”- As Chelsea player reacts to Kovacic’s goal against RB Salzburg 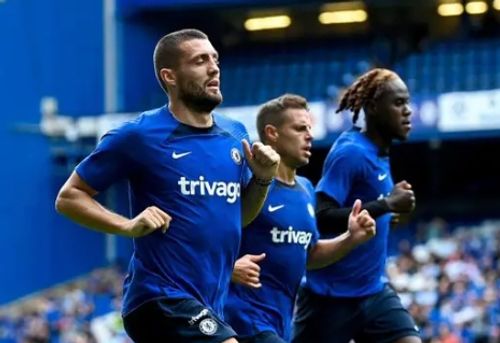 No doubt, Chelsea’s players performances alongside with Graham Potter technical strategies where in the right track in yesterday’s match against RB Salzburg in the ongoing UEFA champions league.

Chelsea was victorious after trashing RB Salzburg 2-1 in their match after visiting their opponent as they boost their UCL points in yesterday’s match.

Just like his strike against Liverpool last season, Kovacic who was at the edge of the box, leaned back and struck cleanly with his left foot.

The goal took everyone by surprise, and Chelsea midfielder Conor Gallagher was particularly pleased with the effort from Kovacic.

“It was a great finish from Kova, I couldn’t believe it to be honest!” Conor said about the goal.

“To get that first goal was very important and it definitely helped us out and gave us confidence in the game.”

But, for key player like Conor Gallagher, it was his first start in the Champions League, and he was pleased to be involved, as he lasted 88 minutes on the pitch.

“Absolutely it was a proud moment for me to make my first start in the Champions League and I just wanted to give a good account of myself.

“I wanted to put in a good performance and help the team get the win, so I’m really pleased with how it went.

“We’re taking things game by game, each match is important and we’ve got a lot of them. Everybody just needs to be ready, which we are and hopefully we can carry on the form that we are in.”

One thought on “UCL: “I can’t believe this”- As Chelsea player reacts to Kovacic’s goal against RB Salzburg”