UCL: Chelsea destined to the “Group of Death” in the UEFA Champions League 2022/2023 season 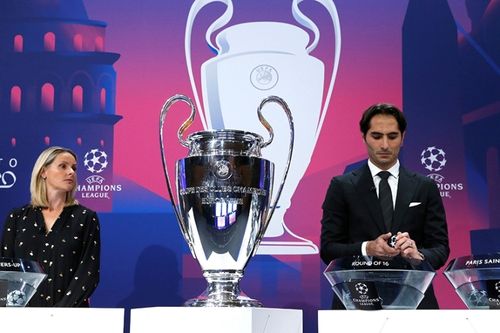 The defending Champions Chelsea crashed out of the UEFA Champions League race after a Quarter Final tussle with Real Madrid losing 5-4 on aggregate.

Finishing 3rd on the Premier League table have already sealed Chelsea’s fate for their group stage next season in the UCL.

Chelsea were expected to come through with another superb display this season but an injury spell affecting many players, saw them lagging behind.

2021/2022 season will in some way be a very disappointing season for Thomas Tuchel an his men who are already praying for it’s end so they can reorganize and come back stronger.

UCL: What Tuchel Must Understand Before Facing Real Madrid In This UEFA Champions League Quarter-final

According to Jürgen Klopp, writing off Chelsea because of their misfortune this season would be a grave mistake as he knows the amount of challenge he face the two times he battle the West Londoners.

Next season will come with a lot of freshness and also harder tasks for Chelsea especially in the UEFA Champions League 2022/2023 group stage.

Chelsea in Pot 2 for the 22/23 UCL and will face 1 of Real Madrid, Bayern, PSG, Porto, UEL Winners, Serie A Winners + Possibly Ajax basing off seeding.