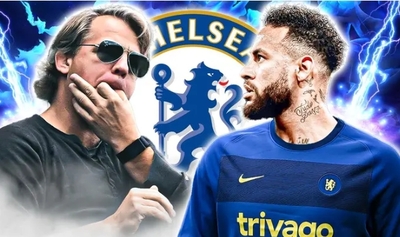 Serie A side, Napoli have shut the door on any possibility that they could sign Cristiano Ronaldo from Manchester United.

The Portuguese forward is now looking likely to remain at the English club. Chelsea have been offered an incredible deal to sign Neymar from PSG. Todd Boehly is prepared to give Thomas Tuchel what he wants to complete his squad before tomorrow’s deadline.

PSG could be open to letting one of their star forwards leave the club.

Chelsea target out for weeks through injury. Chelsea target, Pierre-Emerick Aubameyang broke his jaw after armed burglars smashed his chin with an iron bar in the early hours of Monday morning.

He is expected to be out for weeks, which is a consideration for Chelsea on his potential transfer. German club, RB Leipzig are in talks with PSG over the loan signing of Abdou Diallo.

The player is keen on the move but also has interest from Benfica and Galatasaray.

One thought on “Transfer News: Napoli no longer interested in signing Ronaldo, Chelsea offered to get Neymar signed”