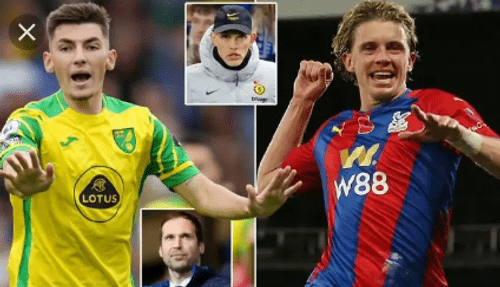 In just a few days, the transfer market will open, and Chelsea has already begun hunting for new players to join for the next summer season. Thomas Tuchel has made it quite obvious that he plans to restructure his team before to the start of the next season. “We are not making the team better; rather, we are rebuilding it.” “We are doing some repairs. This is a difficulty on a consistent basis, but we are up for the task “Tuchel stated.

The move of Rudiger to Real Madrid has already been finalized, and Christiansen is already on route to join him there. In order for Chelsea to successfully replace the two players that are leaving, the club will need the services of an attacker, a midfielder, and at least one defender. In addition to that, Tuchel will recall a few players who have been playing elsewhere on loan.

As a result of the recent purchases and the arrival of players on loan, Tuchel will have a big pool of players to choose from when constructing his team. However, in order to create way for the new stars, some of the present players will have to go, while others will have to be sold in order to bring the books back into balance. There is a good chance that Chelsea may lose players like Ruben Loftus-Cheek. He is one of those guys.

After turning in a stellar performance at the season’s finish, it will come as something of a shock to discover that he is included in this group. Inter has been given the opportunity to recruit the English playmaker, who is valued at £20 million by Chelsea. Chelsea has extended the offer to Inter.

The middle of the field is going to become quite busy now that Conor Gallagher and Billy Gilmore have joined the team. However, considering that he is a flexible player who can supply answers in a number of places, it looks like the summer is not the appropriate time to sell him.