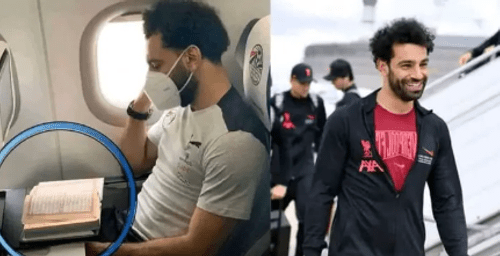 Transfer News Done Deal: Salah Mohammed, currently Liverpool player, Here are some of the latest transfer news from some of the top news outlets in Europe..

𝐃𝐄𝐀𝐋 𝐃𝐎𝐍𝐄: Connor Goldson has signed a new four-year contract at Rangers, keeping him at the club until 2026. According to the AthleticUK, Mo Salah would leave Liverpool on a free transfer next summer and join a Premier League rival if he can’t agree a new contract. The Egyptian’s contract at Anfield expires next summer and at the moment, he is yet to agree a contract extension at the club. Should he failed to sign a new deal, the ex Chelsea man would leave the club for free and a return to his first club in the Premier League could be an option. His preference is to stay in England.

According to Sport Bold, Real Madrid C.F. will target a move for Dortmund midfielder Jude Bellingham in 2023.

Manchester United’s Pursuit Of De Jong Likely To Be Unsuccessful.

According to Sky Sports, Manchester United’s deal to sign Frenkie De Jong from Barcelona is unlikely at this stage. There are many obstacles, including the fee, United’s lack of UEFA Champions League football and the will of the player.