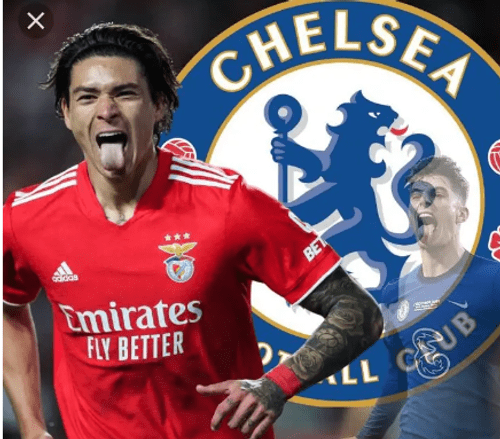 As the summer transfer window is fastly approaching, Chelsea are looking to strengthen their team in preparation for the next season. Despite their success, the blues have had a challenging season. Their performance had been affected by injuries earlier in the season, forcing them to falter in the championship chase.

The Blues will have a lot of work to do in the transfer window and throughout the preseason to be ready for the season. The defensive line is the most important area that has to be bolstered, but the whole team will need more reinforcements as well.

Jules Kounde and Josko Gvardiol have been touted as prospective replacements for Toni Rudiger and Andreas Christiansen by the Premier League club. They are also keeping an eye on Aurélien Tchauameni, Christopher Nkunku, and Darwin Nunes, according to the Blues official website.

Chelsea are thought to be in the lead in the fight to acquire Benfica striker Darwin Nunes, despite the fact that they are up against opposition from PSG and Manchester United.

In his first season in Portugal, the Uruguayan attacker has established himself as a vital player, scoring 26 goals in total. Benfica, on the other hand, are allegedly open to selling Darwin Nunes this summer and would for the transaction to be completed as soon as possible to allow them to sign a successor. To secure his services, Chelsea or any other interested club will be required to pay about £ 68 million (€80 million) in addition to the transfer fee.