Transfer News: Chelsea enters the race for €150 million Uruguayan striker, as the Blues make inquiry before 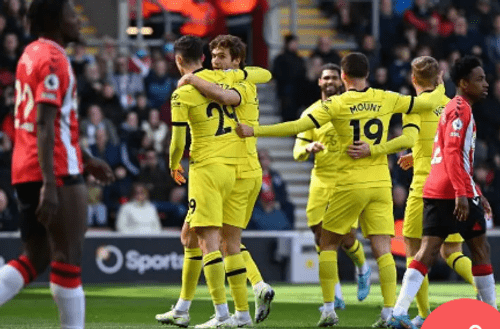 According to L’Equipe report, an French Publication, say that Paris Saint-Germain are also interested in signing Benfica striker Darwin Nunez, the Portuguese media is buzzing today about the striker’s possibilities of heading to the Parc Des Princes this summer.

However, it turns out that in those sources, we also find something different about the pursuit of the player by Premier League clubs, and that is the participation of Chelsea.

Today’s  Correio da Manhã  newspaper includes a story based on French reports and then adds a little information, suggesting agent Jorge Mendes now expects Darwin to be moved for close to his €150 million release clause.

When it comes to English clubs interested in him, Chelsea is now listed as one of those who ‘have already probed’ Benfica to find out the terms of a transaction.

Even while the narrative includes other Premier League teams such as Manchester United, Newcastle United, and Liverpool, these are names we’ve grown accustomed to seeing when reading about the competition for Nunez, whereas Chelsea isn’t generally mentioned as a possibility. The reality is that the race for the striker is only becoming hotter, as he nears the end of the season with 34 goals for the Eagles.