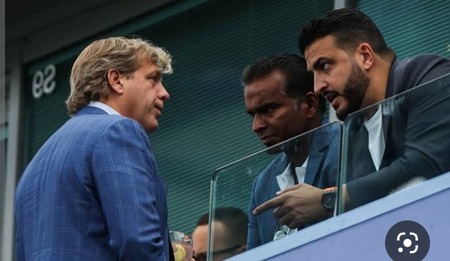 According to the Telegraph, Chelsea owner Todd Boehly wants to sign Atletico Madrid forward Joao Felix on loan before rivals like Manchester United and Arsenal.

For quite some time, Joao Felix has been linked with a move away from Atletico Madrid. The Portuguese forward has had a strained relationship with his manager, Diego Simeone, and has thus been benched.

Felix has struggled to adjust to Atletico’s style of play. The gifted forward does not get enough time on the ball and is frequently forced to play defense. He has yet to demonstrate his full potential.

The former Benfica youth sensation, 23, is far too talented to be sitting on the bench in Madrid. With a number of Premier League clubs interested in him, he could be available on loan in January.

Huge expectations were placed on Felix when he signed with Atletico Madrid. He was regarded as the next big thing, and to be fair, he still has that potential.

On a personal level, Felix had a solid World Cup in Qatar. The talented forward demonstrated his abilities in the championship game, and he has a bright future in the game.

Chelsea could use a Felix-type signing in the forward line. He is not your typical number nine, but he can also play as a center-forward and contribute goals.

Although Felix would be an excellent addition, he may end up looking too much like Kai Havertz. The German also plays as a center-forward, so having two players of the same profile may be a bad idea.

It remains to be seen how the Blues approach signing Felix if they so desire. It won’t be easy, but we have faith in Boehly to make it happen.