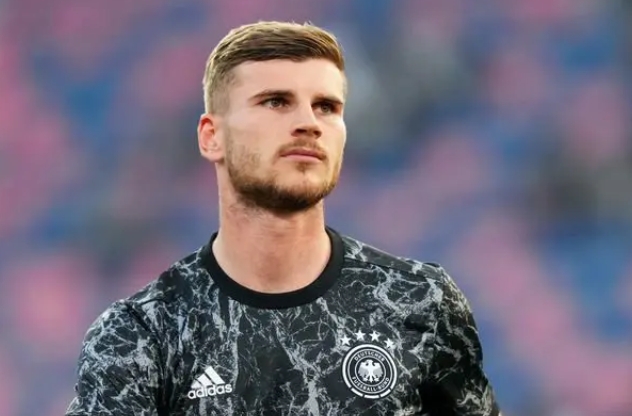 Chelsea forward Timo Werner is reportedly open to a move to Juventus amid suggestions the Blues could use him as part of a deal to bring Matthijs de Ligt to west London.

Germany international Timo Werner has been linked with a move away from Stamford Bridge, just two years after joining Chelsea from RB Leipzig in a deal worth £47.5m

De Ligt is one of a number of centre-backs being linked with a Blues switch as Thomas Tuchel looks to revamp his team’s options in defence. Antonio Rudiger and Andreas Christensen are both on the move, with the pair leaving after earning plenty of minutes last season.

The Dutch international cost Juve €75m (£64.5m) from Ajax in 2019 after helping the Dutch champions reach the semi-finals of the Champions League, beating his current club along the way. However, as Chelsea look at a deal for the 22-year-old, they could look to part ways with Werner to get the job done.

According to Sky Italy (via Metro ), Chelsea are ready to hand over €45m plus Werner for De Ligt. The Blues forward is likely to need to take a wage cut if he ends up moving to Turin, but Werner is said to be open to the idea of a move. The fact he is not ruling out the prospect of a pay cut to head to Juventus makes it clear he feels open to the idea of a new challenge after a mixed spell at Stamford Bridge.

Juve’s need for attacking reinforcements comes as Alvaro Morata reportedly closes in on a move to the Premier League. The former Chelsea frontman has been heavily linked with Arsenal, and Max Allegri’s team reportedly see Werner as a potential replacement.

Since joining for £47.5m from RB Leipzig, Werner has been in and out of the Chelsea first team. The Germany international has scored 23 times across two seasons with the London club, but just 10 of those goals have come in the Premier League.

If Werner does end up moving on as part of a deal for De Ligt, one might expect Chelsea to look for attacking reinforcements. Romelu Lukaku is on the move, with a loan return to former club Inter Milan on the cards, while owner Todd Boehly is prepared to let Hakim Ziyech leave west London.

Raphinha has been mentioned as a potential target, though the Leeds star will not come cheap. Jesse Marsch’s side are said to be holding out for as much as £65m for the Brazil international, with other Premier League clubs – as well as Barcelona – in the mix.

Everton forward Richarlison has also been linked with Chelsea, while Raheem Sterling is said to be open to a move from Manchester City. England international Sterling is entering the last year of his deal at the Etihad Stadium, and has scored more than 100 times for the club since joining from Liverpool back in 2015.

Elsewhere, long-term target Jules Kounde remains a potential arrival as Tuchel continues to look at the Sevilla centre-back. A summer move for Declan Rice might not materialise, though, with West Ham United reportedly knocking back an approach for the England international.