The reason why Chelsea was told to sign Aston Villa goalkeeper 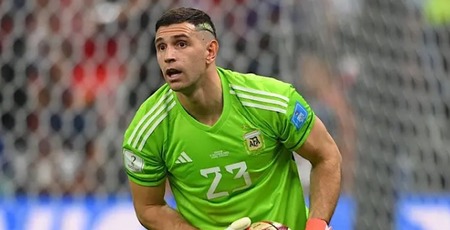 Former Chelsea midfielder Joe Cole has advised the club to make a move for Aston Villa’s Emiliano Martinez following his impressive performance for Argentina at the 2022 World Cup.

This comes as Chelsea goalkeeper Edouard Mendy is said to have turned down a new six-year contract offer from the club because he was unhappy with the wages.

Despite being the first-choice goalkeeper under former managers Frank Lampard and Thomas Tuchel, Mendy is being paid less than Kepa Arrizabalaga.

Although Chelsea’s current manager, Graham Potter, prefers Arrizabalaga as his number one, Mendy could leave the club if the offers are not right.

Cole has advised Chelsea to go for Aston Villa’s goalkeeper as a replacement for Mendy.

“Martinez for me,” the former England international said on the podcast All to Play For.

“I watched him; he didn’t have many shots to face because they were so good in front of him, but you know what he’s good at? You can tell he’s connected to his back four because he’s crossing and commanding.

“He delivered in big moments,

“If I’m Chelsea I am tabling a bid for him now. He was outstanding in my opinion.”