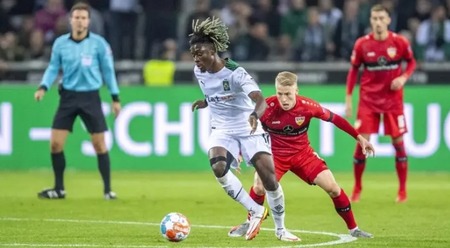 Following reports that the club is interested in Borussia Monchengladbach midfielder Kouadio Kone, new Chelsea director Christopher Vivell is well acquainted with him.

As Chelsea looks to improve on a disappointing start to the season, reinforcements may be required in the January transfer window. N’Golo Kante and Jorginho are both out of contract at the end of the season, so Chelsea could sign a new midfielder in the coming weeks.

Fabrizio Romano, writing exclusively for CaughtOffside, has weighed in on the situation, confirming that Vivell knows Kone very well.

This is true: Chelsea’s new director, Christopher Vivell, is very familiar with Kouadio Kone. There are currently no ongoing negotiations. Chelsea’s priority is to sign Benoit Badiashile as soon as possible, after which they will turn their attention to midfielders.”

Kone is the type of player Chelsea has been looking for since Todd Boehly took over. Kone is a future star at the age of 21, but he could have an immediate impact on the Chelsea team.

The Frenchman is already a regular in the Bundesliga and could be the next young star brought in by Boehly.