The Blues told to sign striker, as Chelsea offers £70m instead of £85m for Fofana deal 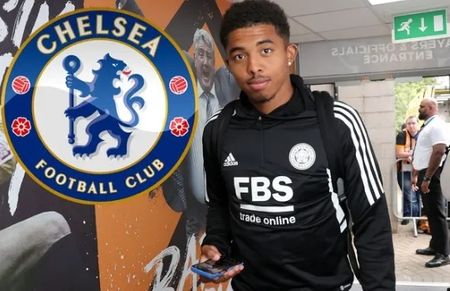 But these are still not enough for Tuchel, who has reportedly described his squad as average and he is keen to keep adding to the side in order to compete for that Premier League title.

Romelu Lukaku has already left the club for Inter Milan on loan, Timo Werner has also proven unreliable in the striker department and is heavily tipped to leave the club while Armando Broja is still learning the game

But despite many calls for Chelsea to give Broja the chance in that Chelsea attack – Shearer says he isn’t ready.

Speaking after the 20-year-old came off the bench in Chelsea’s Prem opener against Everton, Shearer said:

“I think they’ve made some very good signings.

“But, like Everton, there is no doubt that Chelsea need that centre forward as well.

“I know they’ve got Armando Broja, but it might take time for him, and in the meantime, they’ve lost [Romelu] Lukaku, they need to bring in a centre-forward.”

It has been reported that Chelsea have submitted a massive £70 million offer for Leicester City star Wesley Fofana.

And there are still many rumours in the media that the club are very interested in a deal for Fofana.

Meanwhile, Leicester have set an asking price of a fee in the region of £80m to £85m, as they do not want to lose the player this summer,  but that has not stopped Chelsea from making their moves for the player.