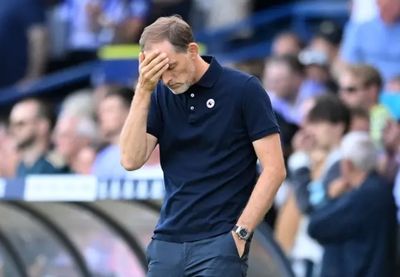 Chelsea manager, Thomas Tuchel has suffered another defeat in yesterday’s match against Southampton. the Premier League after he failed to beat Southampton at St Mary’s Park on Tuesday night. The Blues have not been good since the start of the 2022/23 season and winning matches has been hard for them.

Chelsea has won only two matches this season and had two losses and one draw after five-game weeks which is an awful record from a team that was the favorite to win the Premier League at the start of last season. The side started well yesterday with a goal early in the first half through English winger Raheem Sterling before the half-hour mark. However, Southampton was back into the games a few minutes later after a stunner goal from Romeo Lavia.

The Saints took the lead right before halftime though English winger Adam Armstrong scored from a close range to secure the three points for his team. The hosts looked lethal in the second half and they kept on pressing Chelsea and searching for another goal in the math. However, Thomas Tuchel made several changes from the squad that played against Leicester City over the weekend at Stamford Bridge. we saw some stars like Hakim Ziyech in the lineup while Kalidou Koulibaly was back after suspension.

LEE 3-CHE 0: The mistake Tuchel made which costed the team performances poor

Thomas Tuchel should have started Christian Pulisic who was brilliant after he came from the bench in the 66th minute. The impact from the American forward in the match was unbelievable and he could have won Chelsea the game if he had started the first half. Pusulic offers an incredible width for the Blues and he can do better if he could be getting regular game time under the German manager Thomas Tuchel as Raheem Sterling is the only winger who is better than him at the Bridge.