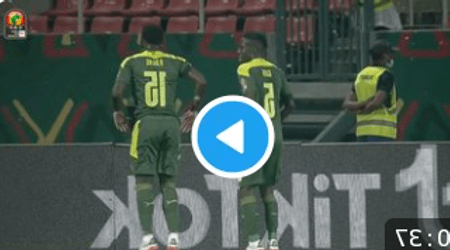 Chelsea FC number one choice of goalkeeper Edouard Mendy was fantastic for the Blues yesterday in the second leg of the 2022 FIFA World Cup qualifiers play-off against the Pharaohs of Egypt at the Stade Me Abdoulaye Wade.

The FIFA Best Goalkeeper of the Year was astonishing as he replicated the same energy like he did few months back against the same opponent in the final of the last AFCON tournament in Cameroon enroute to winning the most glamorous title in Africa. The Teranga Lions of Senegal in the first leg of the encounter suffered a one nil defeat away from home but were quick to respond to this in the second leg as they got the lead as early as the third minute with a goal from Dia Boulaye, which was the only goal that separated the two sides at full time. This as such got the ties levelled with a one all draw scoreline and as a result extended the game to extra time with none taking the lead as it got extended to penalty shoot-out which turned out in favour of the reigning African Champions, with a three goals to one scoreline where Edouard Mendy was able to save one of the penalties. In respect to this, Chelsea FC via their verified Twitter handle reacted with a post to commended their world class goalkeeper for saving in the penalty shoot-out which was instrumental in sending Senegal to the 2022 World Cup.

Chelsea vs Real Madrid: Leboeuf predicts team that will progress to the UEFA Champions League semi-final

He will now be hoping to keep the run of form going for his team in their subsequent games as they continue their pursuit in the campaign. Congratulations once again to the entire Teranga Lions of Senegal.