“Sadio Mane will be at the World Cup, We’re good to use witch doctors to cure his Injury”- Fatma Samoura 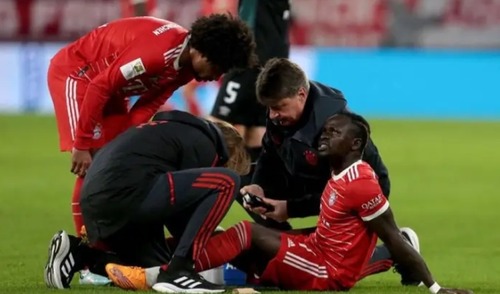 Senegalese FIFA Secretary General, Fatma Samoura revealed the country football plans to get Sadio Mane back to his foot, as the World Cup is getting nearer.

Meanwhile, Mane’s injury not yet recovery as Fatma Samoura said, the Bundesliga giant clubs, Bayern Munich should released the striker for us,

“We will use witch doctors to cure Sadio Mane’s injury in a bid to get him to the World Cup in Qatar”.

Mane, who was expected to miss the World Cup, is now set to be included in Senegal’s squad for the World Cup despite suffering a leg injury this week, a source within the country’s football federation told AFP on Thursday.

But now Fatma Samoura, the No.2 at world football’s governing body, has said the country will do everything to make sure he is present, admitting they are not even sure if the unorthodox technique will work but that they are hoping for ‘miracles’.

‘We are going to use witch doctors,’ she told Europe 1. ‘I don’t know (if they’re effective) but in this instance, we’re going to use them anyway. We are hoping for miracles. He has to be there!’

A source had told AFP that the ex-Liverpool man would be included despite hobbling out of Bayern Munich’s 6-1 win over Werder Bremen this week, which led to reports that he would be ruled out of the tournament.

‘One thing is certain, Sadio Mane will be on the list tomorrow,’ the source said, with coach Aliou Cisse set to announce his squad on Friday.

Mane, who finished second in this year’s Ballon d’Or voting behind Karim Benzema, was taken off after just 20 minutes on Tuesday, leading to fears about his fitness for Qatar less than two weeks before the World Cup begins.

He was diagnosed with an injury to his right fibula. Bayern said he would undergo further tests in the coming days.

According to the report,

‘Mane remains calm, he’s professional, he knows that injury is part of the job.’

Although, he has been ruled out of Bayern’s final game before the World Cup against Schalke on Saturday.