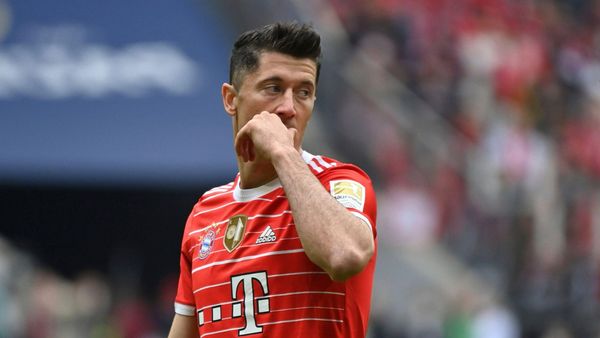 Bayern Munich’s Robert Lewandowski is unlikely to move to Chelsea this summer due to his fears of playing in the Premier League, according to the player’s former agent.

The striker has made clear of his desire to leave the Bavarian club in the current transfer window in order to seek a new challenge in the final few years of his career. The 33-year-old has been heavily linked with a move to Barcelona, although the Catalan side’s financial issues are said to be causing issues in any potential deal at this stage.

As a result, the likes of Paris Saint-Germain, Chelsea and Manchester United have been alerted to the situation and credited with an interest in taking Lewandowski from under Barcelona’s noses in the coming weeks.

Chelsea are the more likely destination should the Poland international move to England this summer, with Romelu Lukaku edging closer to a return to Inter Milan, leaving Thomas Tuchel’s side short of attacking options.

However, any potential move is doubtful due to Lewandowski being “afraid” of a move to the Premier League, according to Cezary Kucharski, the striker’s former agent. Speaking to Sport1, Kucharski was asked about a potential move for the Bayern man to England during the transfer window, to which he replied:

“I always heard Robert give a childish explanation that it rains so much in England.

“But I think the real reason was that he didn’t think he could be as efficient as in Germany. Robert was really afraid of that.”