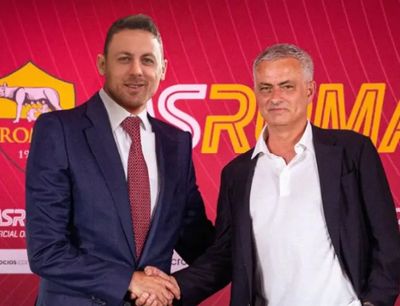 Following their fantastic spells at both Chelsea and Manchester United, football duo, Jose Mourihno and Nemanja Matic have finally re-united again with them now poised to ply their trade at Serie A side, AS Roma.

Matic, 33 was released by the Red Devils at the end of the 2021/22 season following the expiry of his contract at the Theatre of Dreams and hence, the Portuguese tactician has wasted no time in convincing him to move to the Stadio Olimpico. “The club is delighted to confirm the Serbian midfielder (Nemanja Matic) as our first signing of the summer – and proud to continue to raise awareness in the search for missing children all around the world,” reads part of the official statement from the Giallorossi. On their re-union, the Serbian international said: “Roma is a big club, with amazing fans and a coach, Jose Mourinho, who is well known to everyone – making the decision to come here very straightforward.

I hope that by working together we are able to achieve some great things.”