Report: How Chelsea could be repeating the same transfer mistakes with Eden Hazard 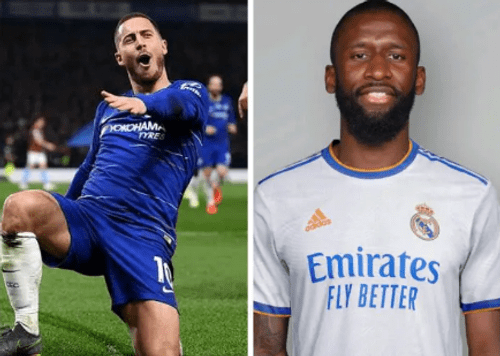 According to football journalist Fabrizio Romano:

“Real Madrid have reached verbal agreement with Antonio Rudiger. Contract not signed yet but Real Madrid are now closing on Rudiger deal on a free; Here we go soon”

“It’s gonna be a long term deal. Final details to be discussed soon, before signing the contract.”

However, in my own opinion i think Chelsea football club are making another big mistake by letting their key defender join Real Madrid this summer.

But unfortunately, the Belgian star is currently having a frustrating career at his current club, as his poor performance has led him to the bench. However, he (Hazard) is not having enough playing time at Real Madrid.