Qatar 2022: I’d be a hypocrite if I celebrated Lionel Messi winning the World Cup, says Ronaldo 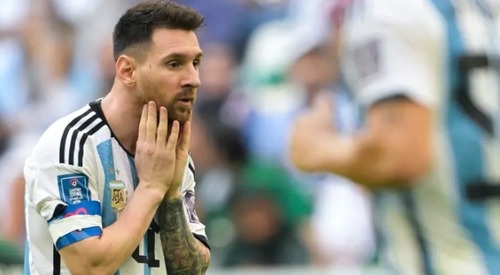 Ronaldo Nazario, a Brazilian football legend, has admitted that claiming he wants Lionel Messi to win the World Cup with Argentina would be “hypocritical.”

Croatia eliminated Brazil from the tournament in Qatar last Friday in the quarter-finals.

On the same day, Argentina defeated the Netherlands on penalties to advance to the last four.

Many Brazilians are hoping that Croatia will deny La Albiceleste the opportunity to win the World Cup for the first time since 1986.

“I can’t speak for the entire country of Brazil.” Only I can speak for myself. And I’m not certain! Of course, I will be delighted for him (Messi).

“However, you know…”But, as you may be aware, we have a major rivalry between Brazil and Argentina. But I won’t be a hypocrite and say I’m happy for Argentina because that’s not true,” Ronaldo said.