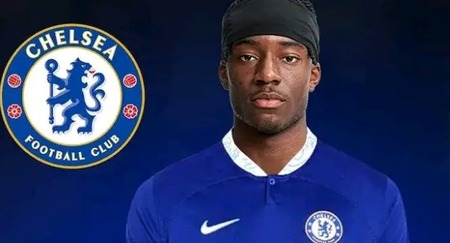 Chelsea are in talks with PSV Eindhoven to sign Noni Madueke on a permanent transfer. PSV Boss Ruud Van Nistelrooy admitted that Madueke could leave if the right bid is offered but hope to keep him. Chelsea are also interested in signing Borussia Monchengladbach star Marcus Thuram to bolster their struggling attack. Man United sugned Wout Weghorst on loan from Burnley with no option or obligation to buy but paid £2.6 Million loan fee to The Clarets and will pay his full wages. Napoli are in talks with Fiorentina over possible swap deal between Pierluigi Gollini and Salvatore Sirigu as backup Goalkeepers. Nottingham Forest have completed the signing of Danilo from Palmeiras for €20 Milllion and will fly to England today to undergo medical tests and sign longterm contract.

Chelsea: Potter responds to sack rumors, suggesting that the board fully supports him

Wolves are set to sign Pablo Sarabia from PSG for €5 Million on a permanent transfer.