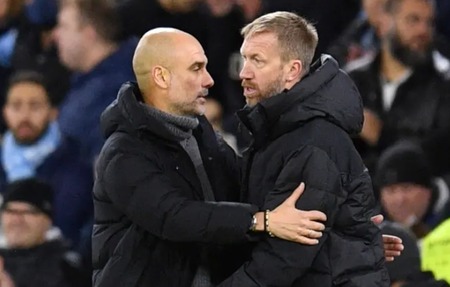 The Blues were eliminated from this season’s Emirates FA Cup after a 4-0 defeat to City at the Etihad Stadium on Sunday.

Chelsea put in a particularly poor performance, with fans heard chanting the name of former manager Thomas Tuchel during the second half.

The Blues have won just one of their last eight matches in all competitions, falling out of the FA Cup and Carabao Cup and falling to tenth in the Premier League.

“Enough of this poor performance; something must be done.”- Ex-Chelsea star sympathizes with Blues

“I can understand the fans’ anger,” Potter said after the humiliating defeat. They’re Chelsea fans, they’re used to better, and I understand their frustration.

“All I know is that we’re putting in a lot of effort. We’re in a difficult situation, and I believe that if we want to accomplish anything, there will always be a struggle, which is clearly what we’re experiencing.

“That is the challenge for all of us, to try to stick together. “I acknowledge and understand the supporters’ feelings.”

Guardiola, on the other hand, has urged patience and insisted that the former Brighton manager be given more time to turn things around.

“I would tell Todd Boehly to give him time,” Guardiola told talkSPORT.