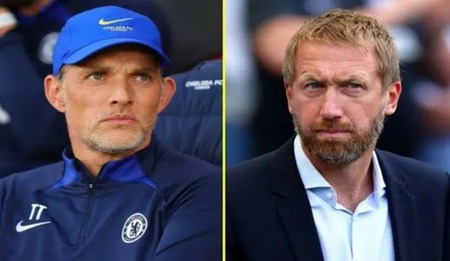 Chelsea are “suffering,” according to Graham Potter, after fans were heard signing the names of former manager Thomas Tuchel and ex-owner Roman Abramovich during the FA Cup defeat at Manchester City.

The Blues were thrashed 4-0 at the Etihad Stadium on Sunday, marking their first third-round exit from the famous competition since the 1997-98 season.

Chelsea’s latest defeat adds to their woes after they were defeated 1-0 by Manchester City in the Premier League on Thursday, leaving them with just one win in eight Premier League games.

Tuchel and Abramovich chants could be heard from the away end as Blues fans exited with a whimper.

“You can make excuses and look for reasons, or you can say it’s not good enough, and both are correct.

“Clearly, we’re suffering as a football club, and it’s not nice, but it’s where we are at the moment.

“We can only do our jobs better and work harder. We understand the frustration of the supporters, but our job is to do ours.

“Other people’s opinions, criticism, and negativity are always present, but that’s part of the challenge.”

During such a difficult spell, Potter has no complaints about his players’ dedication.

If Potter is fired, Mauricio Pochettino is willing to take over as manager of Chelsea

“When things aren’t going well, this is the worst opponent you can play because they can make it look like you’re not trying,” he added.

I’m working with the players, and I’m not aware of any players who have a bad attitude.

“Everyone wants to do better, but we’re in a bad place right now, and you need someone to blame.”