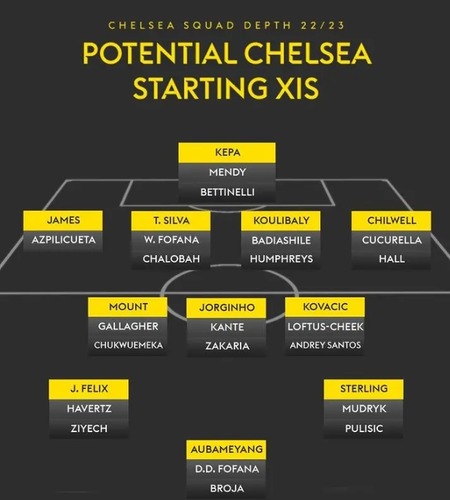 In a blockbuster match, Chelsea will travel to Anfield on Saturday evening to face EPL rivals Liverpool.

Chelsea are unbeaten in their last five regular-season meetings against Liverpool, with four draws and one victory in all competitions, making them clear favorites.

Chelsea enter the game after a 1-0 win over Crystal Palace at Stamford Bridge, while Liverpool lost 3-0 to Brighton in the Premier League before beating Wolves 1-0 at Anfield in the FA Cup.

Liverpool, like Chelsea, has been a shadow of their former selves this season, struggling lower down the table, seven points adrift of a top-four spot.

Jurgen Klopp’s team is dealing with a slew of injuries and conceding goals at the back, giving Chelsea a good chance of pulling off an upset at Anfield.