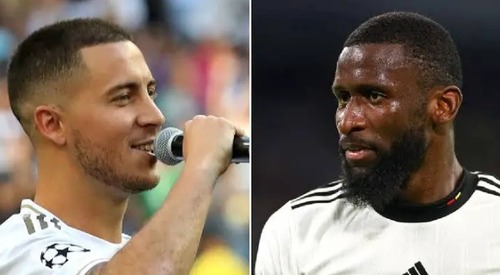 Last season, a lot of players made transfers to different clubs inorder to improve themselves to better players in the future.Big clubs in Europe signed great players to their team who could help them win big trophies across the world. On the other hand Chelsea released Antonio Rudiger, Christiansen and Ross Barkley.

Antonio Rudiger refused to sign a contract extension with the club and left for a free transfer to Real Madrid where he signed a four year contract at the club running upon to 2026. Since his arrival at the Santiago Bernabeu, The 29 year old German defender has failed to maintain his performance at the club as he did at Chelsea as he has found himself being benched severally so far. Real Madrid fans have not been impressed by the star Player and they have ordered the player to go back to Chelsea as he is not really important at their club for now.