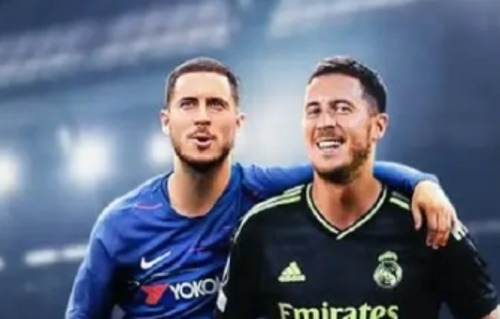 After Chelsea new ownership take-over, new bosses wanted to impress Chelsea Fans from the start.Todd Boehly tabled over £250m for Chelsea last summer to bring in key players that could improve their overall play and help them contend for the biggest trophies in Europe including uefa champions league. Chelsea went on to bring the likes of Carney Chukwuemeka, Slonina, Hutchinson, Aubameyang, Wesley Fofana, Kalidou Koulibaly and Raheem Sterling.Despite bringing in these players, Chelsea has been terrible in the last couple of games.Chelsea have lost their rhythm again after losing their third consecutive match this season. Chelsea have struggled in the Premier League and the worse start also reflected in the champions league after their rude shock last night.

Chelsea fans have went on social media to express their feelings and they have suggested that Chelsea should bring back former star Eden Hazard after his impressive performances last night With Real Madrid in the champions league. Hazard won the man of the match for Real Madrid and was in the scoresheet again as the Los Blancos run Riot over Celtic by winning by 3:0. Chelsea fans have went on social media to say that Eden Hazard is better than all Chelsea attackers and should be brought back to the club by immediate effect.