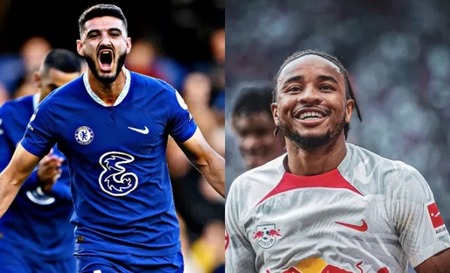 The news that Chelsea football club is allegedly close to signing French wonder Christopher Nkunku from Rb Leipzig is music to the ears of Chelsea supporters all over the world.

At the age of 25, the powerful and athletic attacker possesses all of the cunning required to compete in the Barclays Premier League. More importantly, his skill sets could help him thrive in this star-studded Chelsea squad.

The possibility of a front-line partnership with Armando Broja, who recently graduated from the academy, is the most impressive aspect of his signing. Chelsea, coached by Graham Potter, benefits from his ability to play in any of the front three positions or from midfield.

Armando Broja and Christopher Nkunku both enjoy playing with a center forward. They will pose a challenge to their competitors’ defenses due to their plethora of speed, power, and tricks. Chelsea supporters can expect plenty of goals and exciting moments at Stamford Bridge next season.