Opinion: Chelsea player who is turning into a new Eden Hazard after every match 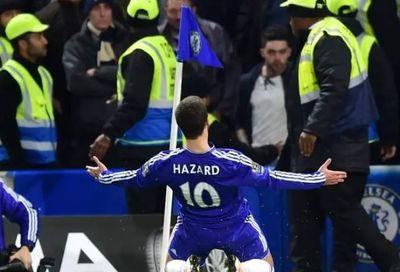 Former Chelsea star player, Eden hazard is one of the best wingers in the world after winning several awards in the past seasons. This player has amazing dribbling skills and speed which helps him to pressurize and unsettle opponents defence line easily during match time.

Chelsea fans all over the world will never forget Eden hazard legendary performance at stafford bridge. Chelsea player who is turning into a new Eden hazard after every match is Raheem sterling. England international and Chelsea new signing Raheem sterling is among the best attacking players in English premier league.

This player has scored two English premier league goals for chelsea this season and he will be looking forward to continue with his good performance until the end of the season. Sterling work ethic and passing accuracy always helps the team to dominate possession throughout the match when chelsea plays against tough opponents.

Sterling leadership skills and experience will help chelsea to win both english premier league and UEFA Champions League, UCL, trophies at the end of the season. His ability to dribble past two defenders makes him to be dangerous infront of goal posts.

EPL: Raheem Sterling give reasons why he left Manchester City for Chelsea