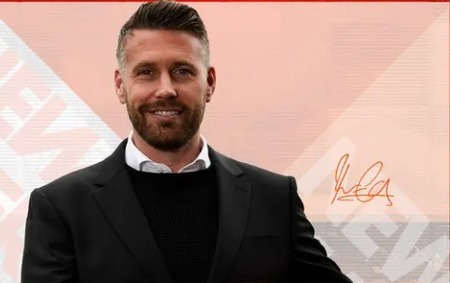 English side, Luton Town has appointed Rob Edwards as their new manager after the departure of Nathan Jones to Premier League side Southampton.

Nathan Jones did a great job while he was still Luton Town’s manager a feat Rob Edwards would want to better before the end of the season.

On his appointment, Edwards said: “I’m absolutely delighted to be here. It’s a really exciting opportunity to manage this great football club and I can’t wait to get started. From the outside, looking in at Luton Town, you see such a well-run football club, a club that’s growing, moving forward and competing at the right end of the Championship.

“It’s a club that did fantastically well last season and is doing so well now. When the opportunity opened up, straight away, you see there is a terrific group of players there and a club that’s only looking in one direction. Then, I come in and start meeting everyone, and you get such a warm feeling. You can see it’s a club that puts its people and supporters first. I feel a lot of positivity around the place, and I’m really thankful to be given the chance to be part of it.”