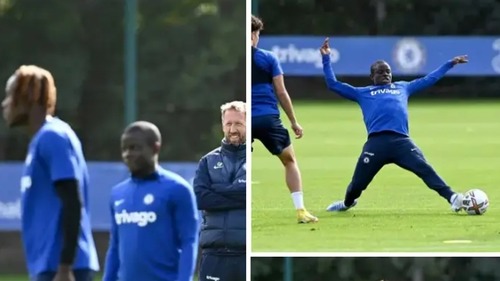 Chelsea FC’s preparations for the return of club football this month are well underway, with players who are not competing in the ongoing FIFA World Cup tournament in Qatar returning to Cobham Centre for training.

The team will travel to Abu Dhabi, the capital of the United Arab Emirates, for a warm-weather training session and a friendly game against Aston Villa. They have received some injury relief with the likes of Reece James, Ben Chilwell, and Armando Broja nearing full fitness, but there are a few players who could be out until next year.

Kante, Ngolo. The energetic midfielder has missed much of the season due to injury, and he looks set to be out until next year. He has yet to play under new coach Graham Potter, and the injury that kept him out of the World Cup will undoubtedly keep him out of the 2022 football season.

Wesley Fofana, The youngster joined Chelsea for a large fee last summer, but a bad injury against AC Milan has kept him out of action for over a month, and he won’t be making any appearances this year.

Wesley Fofana was injured against AC Milan at Stamford Bridge, according to photos on Twitter.