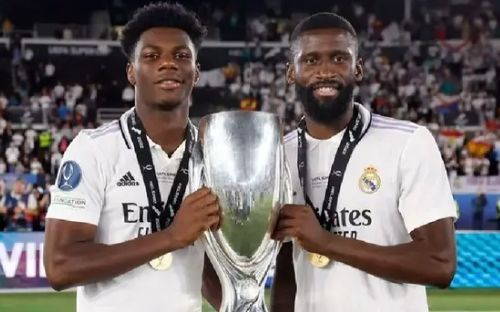 Last night game between Real Madrid vs Eintracht Frankfurt in the UEFA Super Cup Final, Real Madrid were crowned the champions of Europe again after they won their match by 2-0 against Entrench Frankfurt.Real Madrid goals were scored by David Alaba and inform Karim Benzema. Former Chelsea star Antonio Rüdiger made an important block in the denying minutes after he was introduced as a super sub the in the thrilling showdown.

Rudiger made it back to back wins for Supercup with two different clubs. He was praised by Madrid fans and football fans for being the champion of Europe for two times in a row.