MUN vs CHE: Why Chelsea may lose to Manchester United on Thursday, If these are not… 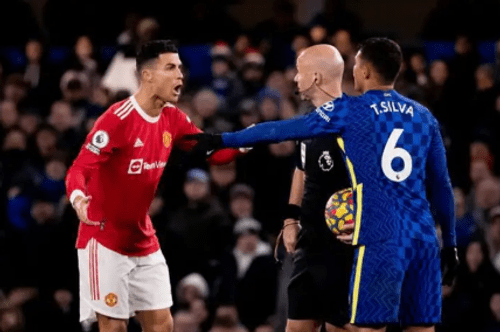 Concerning the Premier League fixtures for the 2021-2022 campaign, Chelsea will be clashing against Manchester United at Old Trafford on Thursday, as the two teams will meet each other for the second time this season. Unsurprisingly, the match is expected to be tough and interesting, because both the Premier League sides usually face each other with a high level of winning spirit.

Meanwhile, there’s a particular reason why Chelsea may lose against the Red Devils on Thursday, even though they are more balanced than Manchester United this season. In all fairness, the West London club have enough reinforcements to destroy the Ralf Rangnick’s men, but it’s most likely to turn into another story on Thursday, because the Red Devils may defeat the Blues for the reasons below.

Statistically speaking, Chelsea haven’t won any matches in all competitions at Old Trafford for the past 10 years. Their last win against Manchester United at home was in 2013 when Phil Jones scored an own goal. Apparently, the Thomas Tuchel’s side have awful records at Old Trafford, which means they may continue their poor performance this week.

As regards the 2020-2021 campaign, Thomas Tuchel defeated the likes of Pep Guardiola, Jurgen Klopp, and the rest when he joined Chelsea. Meanwhile, he failed to win against Ole Gunnar Solskjaer, mainly because they don’t have a good record against Manchester United.

The Ralf Rangnick’s men have lost back-to-back in the Premier League against Arsenal and Liverpool this month, but surprisingly, they may defeat the Blues on Thursday.

Frankly, Chelsea have signed many brilliant and tactical managers in the past, but none of them has been able to win at Old Trafford. The Red Devils and the Blues had the same statistics in their previous five meetings (3 draws, 1 win and 1 defeat). Obviously, the Thursday’s clash is going to be tough and rough for the two teams.

Simply put, the Thomas Tuchel’s men may lose against Manchester United on Thursday, because they have awful records at Old Trafford. Chelsea’s last win against the Red Devils at home was in 2013, which means they always struggle at Old Trafford.

Can will have the same repeat seeing Chelsea win against Manchester United on Thursday?