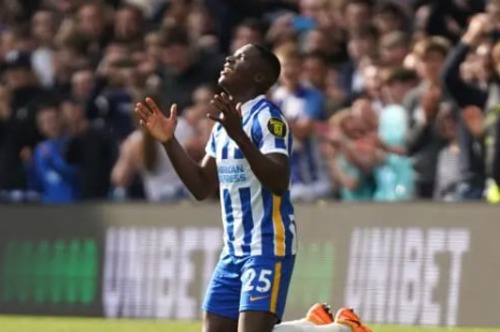 Chelsea has identified Brighton midfielder Moises Caicedo as one of their main transfer targets.

Chelsea is looking to add new midfielders, particularly young players who can develop with the team. Moises Caicedo fits that bill and is a top priority for the Blues.

Despite being knocked out in the group stages, the Ecuador international had a fantastic World Cup, which will only add to Chelsea’s interest in signing him.

Caicedo may leave Brighton in 2023, and Chelsea will be eager to sign him.

Chelsea have Brighton midfielder Moises Caicedo very high on their list of transfer targets, according to Simon Phillips of Give Me Sport, and he could be one of the young midfielders they look to bring in.

Graham Potter, in particular, is ecstatic about the prospect of reuniting with the player he brought to Brighton, and the player’s relationship with Potter could play a key role in the signing.

Caicedo will be on the move in January, with Chelsea looking to sign a midfielder to help strengthen the position for the second half of the season.

Caicedo’s fee is likely to have increased following his World Cup performance.